I grew up very sheltered. From the world in general and from media in particular. Until I got out of elementary school, all I have ever seen on TV or in the cinema were children’s shows and maybe the odd 60s screwball comedy.

For some reason or another that did not change much in high school for a couple of years – I actually wasn’t all that interested in TV because at the time I already had access to a computer and nothing my parents would allow me to watch had any chance of being more interesting than that or all those free books I could get from the library.

Innocent as I was, with the most scary thing I had seen on TV being Goldfinger, the first movie I went to see with friends instead of family members was Jurassic Park. 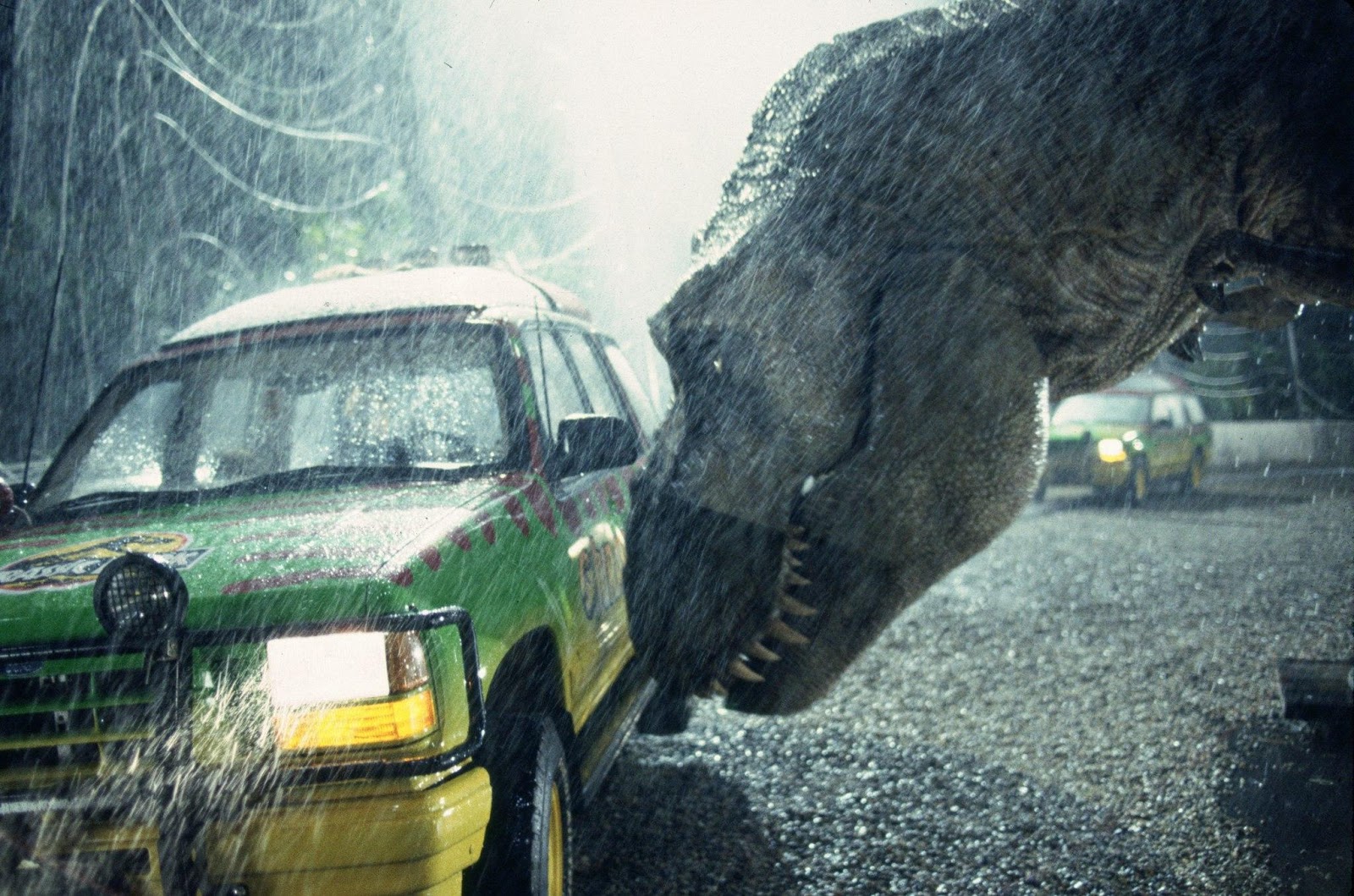 I was blown away. What a thrill of unknown proportions. Immediately this was the best movie I have ever seen. I could not quite understand how they managed to make dinosaurs appear so real. I rented the making-of book from the library three or four times in a row, I read the Grisham novel a whole bunch, I was still blown away by this. And bloody scared.

What if the science from the movie was possible and there would be dinosaurs, soon? I was hoping for that, honestly – they could do it in America and have them eat a bunch of Americans until they figure out how to safely keep them, after all.

I still have recurring nightmares, though, twenty years later. Being chased by a T-Rex or a bunch of raptors.

So, yes, I did freak out when there suddenly were dinosaurs in Top Gear.
What are dinosaurs doing in a car show? I did not approve of this. Britain is much closer, geographically, than America.

Anyhow, what did I want to say?